Ms Moza (name changed) had an acute 105 degrees curvature in her spine since last 10 year. She underwent a life-changing surgery at Artemis hospital, Gurgaon. The curvature led to an intense deformity and was pressing on her internal organs like the lungs and impeding her normal growth. 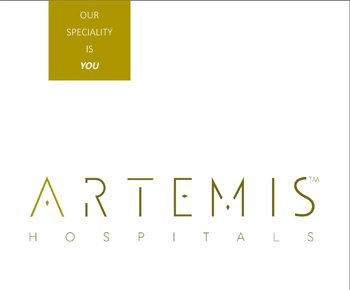 According to the patient she wanted to get rid of this intense deformity which caused her a major social embarrassment. She off late had also started getting breathless which prevented her from playing.

The curved back deformity, called ‘scoliosis’ in medical language is a condition where spine grows in a ‘S’ shaped curve initially for few years and later starts rotating which makes ribs very prominent, thus compressing the lungs. This lung compression makes it difficult for the child to breath, ultimately leading to growth retardation and in extreme cases death.

Doctors in her country (Iraq) got concerned about her normal growth in future as this condition (scoliosis) would restrict her future growth and normal life expectancy. For proper management of this deformity, she was referred to India, due to the high risks involved in this surgery.

It was under the aegis of the specialized spine surgeons at Artemis hospital Gurgaon that this challenging task of performing this surgery was undertaken and the child got a breath of new life.

Dr Hitesh Garg, Head Spine Surgery Artemis Hospital explains “Scoliosis surgery is a very challenging surgery. Each surgery is different and requires a detail preoperative planning. Moza’s case was challenging as she was just 14 years old and had to undergo a complex spine surgery which may lead to paralysis or losing control of urination for life. Due to the complexity and the long duration of the surgery, it was decided that the surgery would be done in 2 phase five days apart. Stage one involved loosing of contracted structures and stage two was the major corrective surgery. We used nerve monitoring and navigation assisted technology, which made the surgery safe”

Dr Himanshu Tyagi – Consultant Spine Surgeon, Artemis Hospital further explained -”In the first stage we opened up the chest and loosened up the vertebrae from the front. This is a very trying surgery as it involves handling the lungs and the major blood vessels of the chest. In the second stage of the surgery, we went from behind and put 23 screws in the bone around the spine and corrected the curvature using two rods after releasing the bones at multiple points.”

The total duration of the surgery was around 16 hours and during the procedure, 6 units of blood were transfused into her.

After the surgery, Moza’s father said – “we were very scared about the surgery, doctors in Iraq told us about the high risk and chances of paralysis and risk to her life. As a father, it was an ordeal for me to see my child growing with a crooked back. I am very thankful to the spine surgery team of Artemis hospital, because of their expertise today my child can have a normal life just like any other child of her age.”

After the surgery, Moza was elated and said   “I feel completely different almost 3 cm taller. I can wear whatever I want without worrying about people staring at my back. “